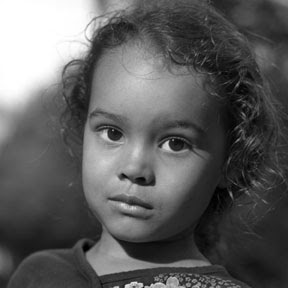 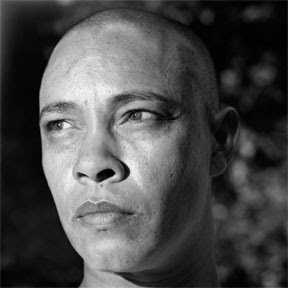 Jonathan (on right)
Ocean (on left) from the series So Called
Black and white photographs. 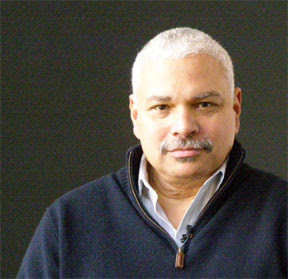 I’m Ed West, I’m a photographer. I come to photography through my undergraduate studies in art history, when I became very attracted to Dutch painting and scenes of daily life. As a photographer, I tend to be interested in people; most of my photographs throughout my history have been of people, either portraits or people in their environments.

The work that I’m showing at the gallery is a series of portraits that were made in South Africa of a particular community of people of mixed race in the western Cape. I published a book earlier on the people of South Africa entitled “Casting Shadows.” In terms of my photography in general, I want the work to be of use. To say that I want the work to be of use means that I want it to be useful to the people who I photograph. And it is useful to them in terms of representation, to represent, the people in the book are from formal settlements, squatter camps around the country, they generally don’t get the attention of photographers or of anyone for that matter. So when I went to South Africa, it was an opportunity to invest in those people, to spend time with them, and to represent them. In the work I made an effort to be honest in that representation.

Why I’m an artist? I come to it honestly. My father was a painter and a sculptor. I think like all children, you look for a space that’s not occupied, and as a consequence I became a photographer. Photography gives me an opportunity to be in the world and to engage with people, which is really what I’ve been drawn to. I want to know about other cultures, I want to know about other people’s lives, I want to participate in those lives, and to know that despite cultural differences, there is something at base that connects us. In the work, the hope of course is that that connection is made with my audience and that I act as the intermediary for that exchange. Not everyone has the opportunities that I’ve had to travel and to visit these different countries and cultures. And if I can make them available in a way that is empathetic and that makes them present for my audience, then I think I’ve achieved some success.

The larger goal is that we all have to find some way to contribute to the world, and I think that’s part of our responsibility as human beings to be a force for the good, to do something that’s affirmative. So I think earlier in my career, when I was more concerned with art for art’s sake, I found that this way of being is more satisfying because of the connection to people and because of the opportunity to really learn. If we think about making art, we’re thinking about being put in the position of the perpetual learner, the person who has to find ways to say things, which have been unsaid. Art is really the best opportunity for that. This is not the repetition of a task, as many people’s lives are forced to repeat tasks. This is really an opportunity to be involved with continual invention and renewal. This is a most positive place to be, and we can’t overlook the virtue of being someone who brings beauty into being in the world. So I think that’s part of my motivation. Thank you for your time.
Posted by Nick Sousanis at 1:55 PM